In the memo released about two three weeks ago, which inspired this article, Greengold has made what we call Greengold Exit Scam. This exit scam has put investors and members on edge— they are all tensed and panicked about losing their investment money. Anyways, investing into platforms like this requires accurate meticulousness and cautiousness. Do not attempt to spend your hard-earned money into investment platforms or ponzi schemes in disguise of a legit long lasting paying platforms. It’s quite alright that these platforms pays but they just crash or stopped paying suddenly. It is advised to put your spare cash into platforms like this.

A few weeks ago, an article was written on the Greengold Investment platform and a review was made on its 3% daily ROI.

What is Greengold Investment and What do they do.

Now, before we get into the main article proper, I will provide a short information about the activities of Greengold Investment and what they do as a company or investment platform.

Greengold Investment company provides investment opportunities to young investors who are interested in agriculture, deforestation, and the friendliness of the ecosystem. Although, I’m not quite sure of how long they would last, yet their activities sounds quite good. However, they’ve paused payment recently.

Basically, what Greengold Investment does is similar to eco-friendly activities and Agric. Greengold Investment opportunity has projected itself as an investment platform that plants tees that would later be cut into down and carved into furniture and other useful woodwork. In other words, it is basically an organization that does environmental friendly activities and grants investors to keep it running progressively. So, they keep planting for a full year.

Without having to talk too much and get into the main article proper, you can read all you need to know about  Greengold Investment below:

In the last few weeks, Greengold has stopped paying investors for a few reasons we’ll discuss in this article. They are:

Many investment platforms like Elancie, Petronpay and others have linked their malfunction to the crash if Bitcoin. If you’re receiving payment from Greengold via Bitcoin, you should know a way to convert it quickly without having hitches. Although, no matter how fast you are in converting your Bitcoin payment, the volatility is still going to affect it.

Bitcoin crash is actually a lame excuse for the platform to go into an exit scam. Not so many people Reade Bitcoin, even though millions of people are now  trading crypto currencies like Dogecoin and Ethereum.  However, this is not supposed to affect the investment, anyway.

Attack on the CEO, Adam Durand.

Moving on to the next reason why Greengold Investment plunged into an exit scam, they gave an excuse on the Attack of the CEO Adam Durand who is a Finnish businessman. Now, I don’t know about any attacks and besides how is that supposed to result into a crash or exit scam?

Greengold Investment has complained about the widespread operations from unauthorized use of apps that has disrupted the progress of the business. Also, they complained about being hacked through thousands of investors on the platform.

What I think Greengold Investment CEO, Adam Durand should have done is that, he should have made statement warning affiliates and investors about being lured into downloading fake apps as they don’t have an app.

On the bottom line, Greengold Investment is going to stop payment for a period of fifteen days. However, you should note that this has not cashed yet ; they are just on a break to fix things out and get back on track. In subsequent posts I’ll give you

update on Greengold and new features. 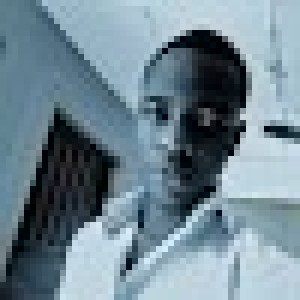 Artful is a budding lifestyle journalist, content writer, who loves to make research and provide the best stories for human consumption. He is addicted to milk, ice cream, travels, adventure, and discovering a new culture.